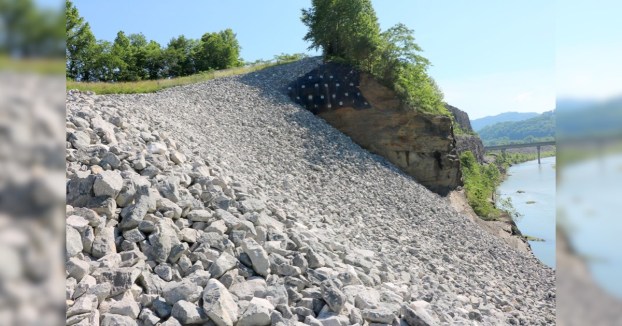 After 17,510 tons of engineered rock fill, the United States Army Corps of Engineers, Nashville District, announced a major slide above the Cumberland River diversion channel in Loyall is now stabilized after years of work and grave relocations. (Photo courtesy of USACE)

A project to repair a landslide in Loyall, which risked the gravesite of an American Revolutionary War soldier and others, was completed on May 27, marking the end of a four-year battle of Earth and stone above the Cumberland River diversion channel.

In early 2016, a slide occurred at the Wix-Howard Cemetery, where numerous graves were threatened, including the remains of American Revolutionary War Pvt. Samuel Howard, his wife, Cloey, and baby Howard.

The cemetery was located above a diversion channel the U.S. Army Corps of Engineers, Nashville District, completed in 1999 in an attempt to steer damaging waters of the Cumberland River away from the heart of Loyall.

This project was also developed to protect Rio Vista, another community in Harlan County.

“With heavy rains in the winter of 2016 and poor drainage conditions, a portion of a hill side slumped creating a large scarp, jeopardizing gravesites up above on the hillside,” Lt. Col. Sonny B. Avichal, Nashville District commander, said in a press release. “I’m proud of everyone in the Corps of Engineers, local and state governments and the community that came together to find solutions before the slope could further deteriorate.”

Harlan County Judge-Executive Dan Mosley said the work completed by the Nashville District, not only helps the slide from worsening over time, but has stabilized what is left of the cemetery and the numerous graves still located at the site.

To persevere the remains of Howard and his family, the graves were exhumed in November 2016. The U.S. Army then reinterred the Howard family on May 12, 2017, at Resthaven Cemetery in Baxter and decorated Howard with full military honors for his service at Valley Forge, Pennsylvania, and Yorktown, Virginia.

The Nashville District, alongside Brockington and Associates, Inc., relocated the total remains of 67 graves from the cemetery through March 2018 to prevent the slide from destroying them.

“We had to excavate the slide area from the top down in a series of lifts, stabilizing the exposed rock with rock bolts and geogrid (geosynthetic material, made of polymers, that is used to reinforce soil behind retaining walls),” Mike Lee, Nashville District project manager, said. “We placed engineered rock fill in a series of lifts against the excavated rock wall to provide a buttress for long-term stability.”

In all, Lee said the slide area covered approximately one and a half acres, with 22,377 cubic yards of slide material removed during the project. After excavating the area, 218 rock bolts were installed to stabilize the rock at 8,150 linear feet. An additional 17,510 tons of engineered rock fill was then placed, completing the project on May 27.

Judge-Executive Dan Mosley said he is also excited about the Corps’ continued planning to address the lagoon in Loyall, which “has been an eyesore and a health hazard to the citizens of Loyall for over two decades.”

“With the help of Congressman Hal Rogers, I truly feel this will be corrected,” he said. “I anticipate some good news coming this summer related to the lagoon project, so stay tuned.” 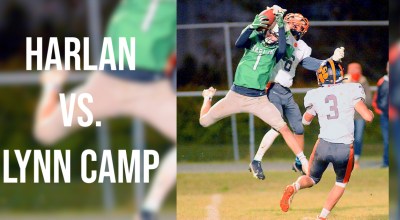 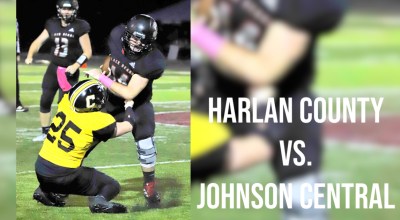 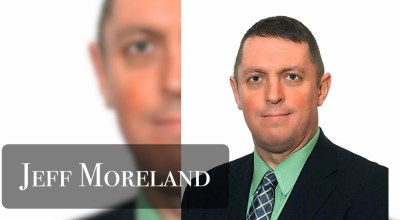 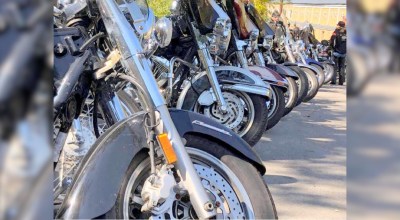