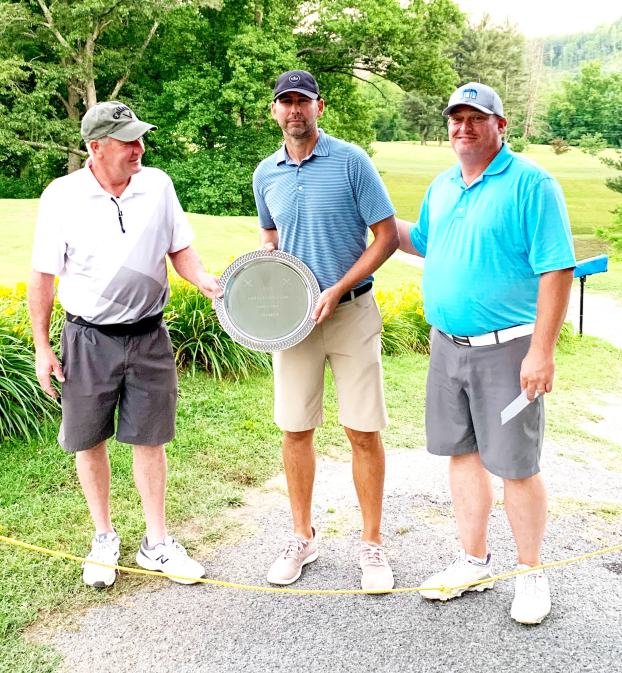 A strong finish helped Jeremy Langley rally from four strokes back after the first day of play to win the annual Harlan Invitational at the Harlan Country Club on June 7.

Langley, an Orlando resident who formerly lived in Nicholasville, shot a six-under par 62 over the final 18 holes on Sunday to win the tournament by two strokes over defending champ Trey Bowling, of Manchester; Matt Gann, of Pineville, and Pete Cornett Jr., of Harlan.

Langley’s final round included a four-under par 30 on the final nine holes, including birdies on holes one, three, five and seven. It was a big improvement over his two-over par 70 on Saturday.

“We had one of the strongest championship flights, maybe ever, in 2020 with 27 golfers in the field, including 10 past champions,” said Harlan Country Club spokesman Eugene Farmer. “Jeremy Langley is always one of the best golfers on the property, and he carded that sensational 62 to come back and win for the second time. We congratulate Jeremy on a phenomenal Sunday finish, and we are proud to have him as a two-time champion.”

Scores from the tournament included: